This year marks a momentous occasion for Smokeylemon as this September, we celebrate our 20th year of creativity. Each year on our birthday, we share with you what we’ve been up to for the past year, but this year calls for something different. We tell the untold story of Smokeylemon; how we came about and how the brand has evolved over time, celebrating its people and clients along the way.

Final exams were done and Uni was officially over for friends, Mandy, Scott and Jon.

2001 had been a big year. They had all graduated from BSc (Hons) in Computer Software Development. Apple had released the famous iTunes which took the world by storm. And J’Lo had released her No.1 hit ‘Love Don’t Cost A Thing’.... don’t act like you didn’t love it.

But these high achievers needed more… and it didn’t take them long before they were onto the next best thing, “why don’t we start our own company?”.

With that thought, the three headed to the pub and over a few pints found themselves brainstorming company names.

Scott was a smoker so it was guaranteed there’d be an ashtray nearby. And Mandy, always up to no good, liked to place her lemon from her rum & coke, straight into the ashtray, presenting one hell of a smokey lemon. Creative thinking? We think yes.

It didn’t take long for Mandy to convince Scott to move to the other side of the world to little ol’ NZ, where the two would embark on Smokeylemon’s first year in business.

Like all small businesses, Smokeylemon came from humble beginnings. And by that... we mean Mandy’s parent’s basement. The team of two provided a service to small Taranaki businesses who led the digital chain, doing what they did best, developing kick ass websites.

It’s amazing to see how far the ‘world wide web’ has evolved in 20 years. Believe it or not, there was a time when Google was not considered a verb and the term ‘mobile-friendly’ websites certainly didn’t exist.

The first year was all a bit of fun for the duo. Whilst Mandy had dreams for Smokeylemon to grow, she never imagined that the past 20 successful years would be the result.

In the space of five short years, the business had grown up. Mandy had quickly learnt over the years how well design services complemented web development, and with that, grew their service offering, and their team.  We were no longer just a web development company, we could now design your logo, print and digital marketing materials.

They had graduated from Mandy’s parents basement, to their first ‘official’ office, located on Devon Street East. This take 2 ‘pinch me’ moment only escalated Mandy’s drive to grow the business further.

Over the next few years, the brand became more recognised. They won well-deserved awards, they gained bigger clients and they grew their portfolio. By the time the team had moved to Fitzoy, to accommodate for a growing team, Smokeylemon had expanded its services to now include marketing.

The brand was evolving and had ticked off a new milestone. It seemed like a missing piece to the puzzle. We developed and designed websites, now it was time to promote and bring traffic to them.

Today, Smokeylemon provides a suite of specialist services from an experienced team of 13. 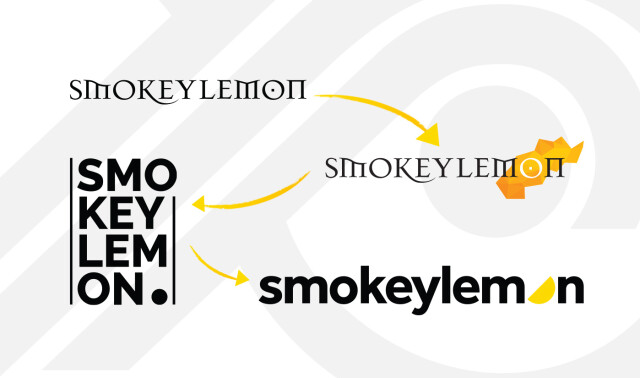 We are web developers, designers, strategists, marketers and creative thinkers. We’re fortunate to work with recognised clients nationwide and are beyond proud of the work we’ve created and contributed to over the past 20 years.

When we asked Mandy what her biggest learnings were from the past 20 years, she so humbly said...

“We’ve learnt to look at mistakes as a learning opportunity, celebrate our successes with those involved and listen to and look after our amazing clients and staff. I am forever grateful for every single piece of feedback we have received. If we didn't have it, we wouldn't have evolved to where we are.”